skip to main | skip to sidebar

The birth of Euston

The line of development can be traced back to The Tyrant King, a six-part Thames children's serial from 1968 directed by Mike Hodges and filmed entirely on location with 16mm film -- a format predominantly used at that time for news gathering due to the portability of the cameras.  The success of the venture led Thames, and Hodges, to put into production two ITV Playhouse dramas using the same techniques.  The thrillers Suspect (tx 17.11.1969) and Rumour (tx 2.3.1970) proved so successful that the idea for a company was formed.

Several other factors probably helped Euston's inception along: Thames' profits were high at the time and it was felt that the money should go somewhere; a deregulation of the number of broadcasting hours meant that the parent company's electronic studios were filled to capacity; and of course there was the lure of being able to offer viewers "films for television", at a time of great rivalry between the film and TV industries.

With no studio staff to worry about, the company was always intended to be cost-effective.  At the time, Lloyd Shirley said "Our set-up is a flexible, mobile operation.  Filming in studios is not our game.  We are completely location people".

Indeed it is important to note just how much of a breath of fresh air the Euston formula must have seemed at the time, for both the audience and the production personnel.  In 1971 most UK television drama was recorded multi-camera in a studio in just a single evening, the output a strange hybrid of film and theatre (which nonetheless has its merits, not least because of the lengthy rehearsal time).  2010 and, for good or ill, most television drama follows the Euston mode - approximately 5 minutes of cut footage a day, no rehearsal.

Lloyd Shirley again, speaking in 1974: "We have tried to blend people who have learned their film-making through television with people who have been film-makers in the film industry for exhibition.  The traditional film people have a wonderful skill of improvisation, the television people are meticulous planners.

"They make an interesting combination and it has worked very well".

So Euston then can be viewed as a meeting of minds between the two industries combining the best of both?  I'd go along with that.

The genius of VERITY LAMBERT

On casting IAIN CUTHBERTSON as Charlie Endell in Budgie... 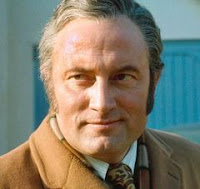 Keith [Waterhouse] and Willis [Hall] had written this part for the first episode and possibly the second and then [to] disappear and they had wanted a particular actor – who was a very good actor, I’m not going to mention his name because he would have been very good – except that I had seen him do that so many times and I said to them “Listen, he’d be good but I think we can be more imaginative”.

And Iain Cuthbertson at that time on television was playing rather middle-class [people] like bank managers or lawyers, but I had seen him at the Royal Court in a production of Serjeant Musgrave’s Dance where he was absolutely frightening and terrifying and I said “Look please see this actor because I believe that he can surprise people”.

And I sent the scripts to Iain and [he] was wonderful, because he absolutely saw it as an opportunity to do something very different. He came in and he had this thing that Charlie would speak with this Scottish accent overlaid with these kind of Americanisms.  That came from him, and Willis and Keith loved what he did with it so much that they then wrote him in as a running character.


On casting WILLIAM HARTNELL as the first Doctor Who...

I thought about Bill [Hartnell] because he did this thing called The Army Game where he played this ghastly Sergeant Major, and then I saw This Sporting Life, where he played this failed rugby league talent scout… and he was so touching in it. And I thought well, here’s an actor who can combine two things, because I always thought that Doctor Who should be dangerous, at the same time as touching and lovable as well. [Bill] fell in love with the character and became completely entranced by Doctor Who. Obviously he was my casting, and the first actor in the part, but for me he was the best. He embodied the most complexity – he was sometimes dangerous or unpleasant, sometimes kind, sometimes foolish, but most importantly he was never a member of the establishment. He was always an outsider. 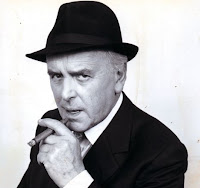 We had to look for an Arthur Daley.  There were various people put up, very good actors, one of them being Denholm Elliott who I think was a wonderful actor but I personally didn't think he was right for this particular role.  There were other suggestions, but the one I was most enthusiastic about was George Cole.

For a while I was very much on my own there.  There was a general feeling that he was too middle class; he had been playing some middle class roles.  But I kept thinking about the spiv in St Trinian's and just somehow I knew that he could do it.  And in the end I said "Look, I really think we should go with him and if it doesn't work then I'll put my hands up and it'll be my fault.  I'll take the responsibility".
We were all thrilled when he said he saw himself in this role.  I'm always pleased when an actor looks at something and says "Yes, yes I can see this".  It confirms your own feelings.  William Hartnell was the same.  I just felt as soon as George's name was mentioned "That's the guy who can play this role" and I think I was proved right.

By 1978, the British TV production company Euston Films, once ignominiously described by veteran critic Nancy Banks-Smith in ‘The Guardian’ as “Thames putting it in the wife’s name”, were firmly on the map thanks to acclaimed police series The Sweeney. But with the end of production on that show in April after four series, a replacement was needed that would hopefully appeal to a similar sized audience. The one eventually settled on would turn out to be the company’s longest-running and most successful programme, bestriding the 1980s and begetting one of the most iconic characters in British television history.

Thames TV and Euston were keen to retain the services of 30 year-old Dennis Waterman, John Thaw’s popular Sweeney co-star, for an as-yet-undecided star vehicle but at a meeting the actor and his management made it clear that he did not wish to be bound without anything firm in place.

Luckily for them, and us, on hearing that Euston were on the lookout for a new series for Waterman, writer Leon Griffiths decided to pitch an idea which had its roots in a film script he had written some years before*. Called Minder, it was described by the late scriptwriter as “pretty nasty...dark, gloomy, black and tough” but, more promisingly, “it also had a lot of humour in it”. Griffiths’ agent wasn’t convinced the script was sellable as it stood, but later suggested to him that two characters in it were perfect for a series. They were of course, Fulham-based used car salesman Arthur Daley and his much put-upon bodyguard Terry McCann.

Euston Chief Executive Verity Lambert had tasked script executive Linda Agran with finding a Sweeney replacement. Over a lunch, she and Griffiths discussed his idea, for which he had prepared a 15-page “pitch” document, describing the characters, setting, outlining a half-dozen story ideas and beginning with a capsule summary: “a new type of action/character series featuring an independent bodyguard who often operates on the fringe of legality but always seems to end up on the side of the angels”. Soon after, he was asked to write a full script and the project started to bloom.

Around Christmas 1978, George Taylor, one of the founders of Euston and a neighbour of Dennis Waterman’s, personally handed the actor the series format plus two completed scripts. For a while, Waterman hesitated over committing to another London-set crime series, but the quality of Leon Griffiths’ writing, and especially the comic elements, convinced him. Minder was up and running with Dennis Waterman cast as Terry.

Attention turned to who should play dubious businessman Arthur. Waterman suggested veteran character actor Denholm Elliott (who had recently worked for Euston in the second Sweeney spin-off movie); Verity Lambert preferred 54 year-old George Cole, former protégée of Alastair Sim, most famous as “Flash Harry” in the St Trinian’s films between 1954 and 1966 and more recently in BBC2 sitcom Don’t Forget to Write! Huge arguments ensued but the die was cast when Cole arrived to a meeting with Linda Agran and Euston co-founder Lloyd Shirley at a hotel bar, with Agran noting “I could barely talk, I was that excited at this physical manifestation of Arthur Daley”. Cole in turn was so taken with Griffiths’ character outline of Daley as a “well-dressed, dodgy employee of the Citizens’ Advice Bureau” that he signed on immediately.

Coincidentally Waterman and Cole were both appearing on the London stage less than two miles apart immediately prior to starting work on Minder, although neither was enjoying the experience very much: the former at the Aldwych for an RSC production of Bronson Howard’s 1870 farce “Saratoga”; the latter in an adaptation of Dennis Potter’s then-banned BBC Play for Today, “Brimstone and Treacle”.

Shortly after they were being directed by Peter Sasdy in the Minder opening titles (shot three weeks before the start of the series in May 1979), although Cole had yet to see a script! To Waterman’s disapproval Sasdy, a Hungarian-born director who had worked for Hammer in their later days, was assigned to direct the first episode after Tom Clegg, veteran of 14 Sweeney episodes, turned it down. Clegg felt that the script, entitled “Gunfight at the OK Laundrette”, was an unwise choice for an opener as the leading characters are separated. Waterman felt Sasdy was an unwise choice for a director as he lacked the necessary feel for the London as depicted in the series.

It was a shaky start for the series, which eventually debuted with little publicity after an 11-week strike by the ITV network...

* The original Minder film script by series creator Leon Griffiths must surely be something of a Holy Grail for fans of the series. This blogger knows nothing about its content other than the brief details Griffiths has given in interviews. It is at least possible that the Minder novel he wrote (published in July 1979), which deals with Terry and Arthur's exploits pre-series, is a reworking. In any case, check it out if you haven't already.
Posted by Dene at 14:10 2 comments: